10 things you can learn about Singapore tourism through literature! 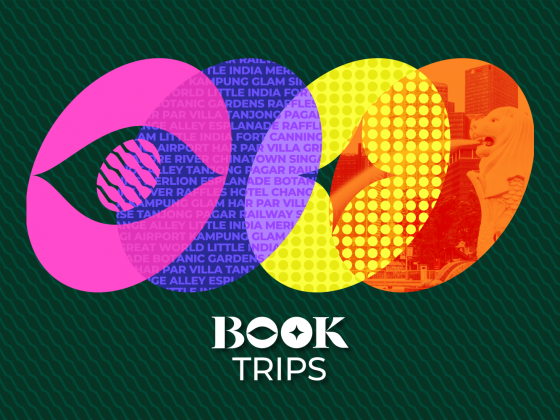 In Tusitala’s latest project, BOOK TRIPS, go on a wild book trip around Singapore with a literary map to discover what our local authors have written, in short stories, essays and poetry!

For Book Trips, we chose 15 attractions in Singapore that we love. Every place has its own history, and people are often more familiar with the socioeconomic or political sides of our country’s past – but did you know that there is also a book trail to be discovered? 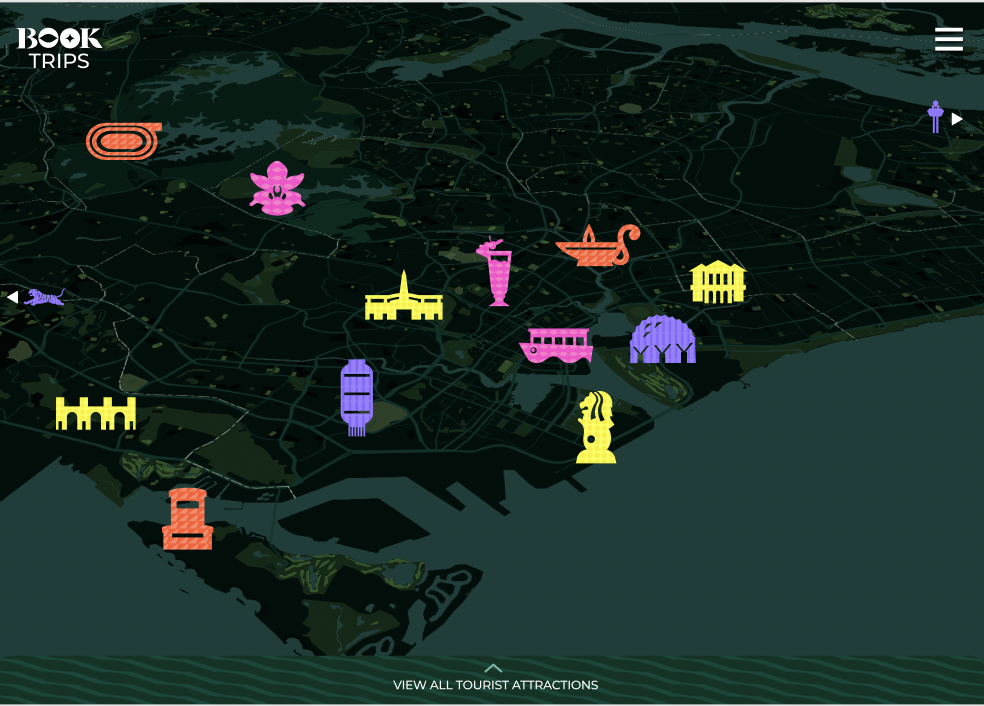 Many people have written about Singapore’s attractions over the years – not only contemporary local authors, but also early residents during the colonial era as well as travelers visiting the island. These works raise interesting questions: How did authors write fiction set in old Singapore? What locations concerning Singapore did they mention in their novels  or poems?

It is fascinating to look at it all. Here’s what we found! 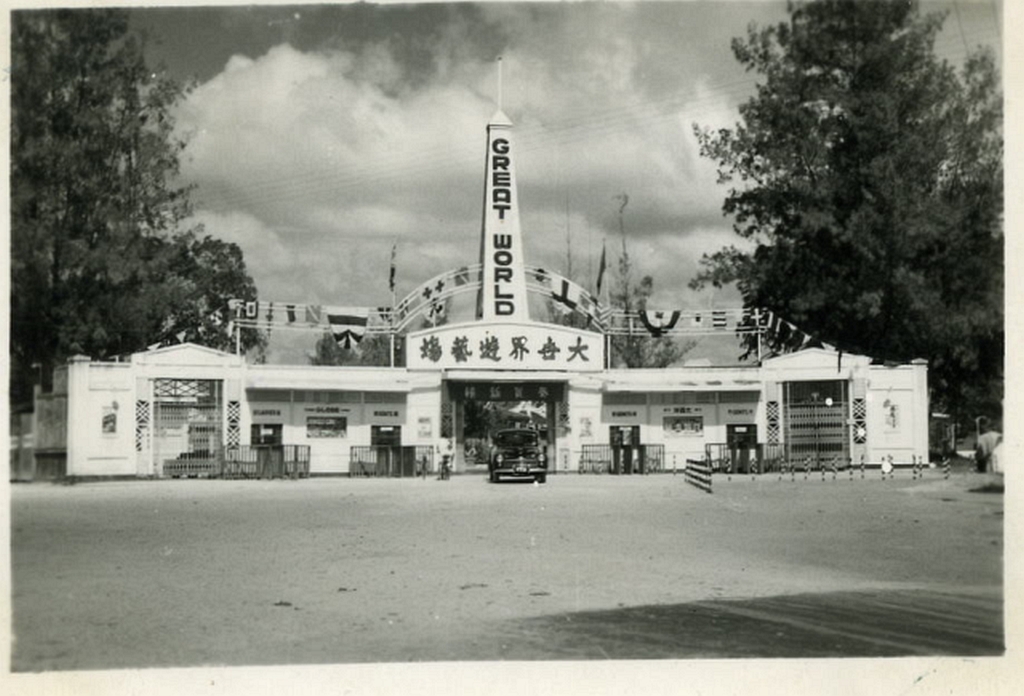 J.G. Farrell’s 1978 novel The Singapore Grip, we learn about the years before the war when sailors would visit the Great World Amusement Park. There, “for twenty-five cents, you could dance with the most beautiful taxi-girls in the East, listen to the loudest bands and admire the glorious dragons painted on the walls.”

2) The Raffles Hotel has hosted and inspired writers like Rudyard Kipling, Somerset Maugham, and Noël Coward!

Wong Yoon-wah’s 2013 essay, “Feed at the Raffles”, describes a visit to the hotel’s Tiffin Room – a restaurant which served variations of Indian curries with multi-cultural influences to suit Western palates. This became a speciality of the hotel and “swept many famous writers of the British Empire off their feet.”

3) The Malay Heritage Centre at Kampong Glam used to be the Istana of Singapore’s first Sultan. 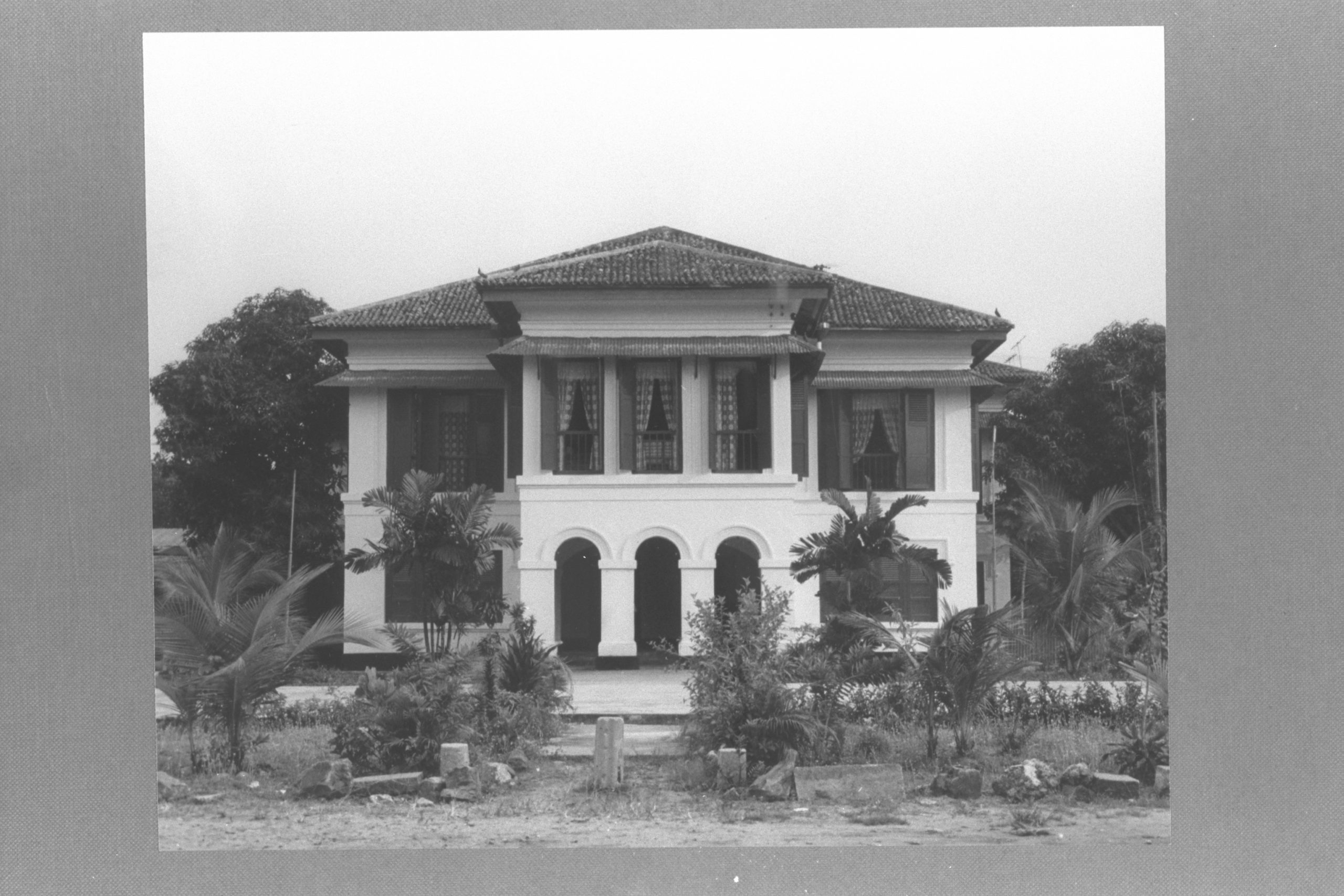 Isa Kamari’s novel 1819 imagines daily life at Kampong Gelam in early Singapore. The book depicts the lives of key Malay figures in the early 19th century such as Sultan Hussein and Munshi Abdullah, and describes how the kampong was a resting place for Haj pilgrims from the Malay peninsula, Sumatra and Java before they boarded ships owned by Arab merchants living in Singapore to visit the holy land.

4) In early Singapore, you could go to Indian parrot astrologers at shophouse walkways to have your fortune told. 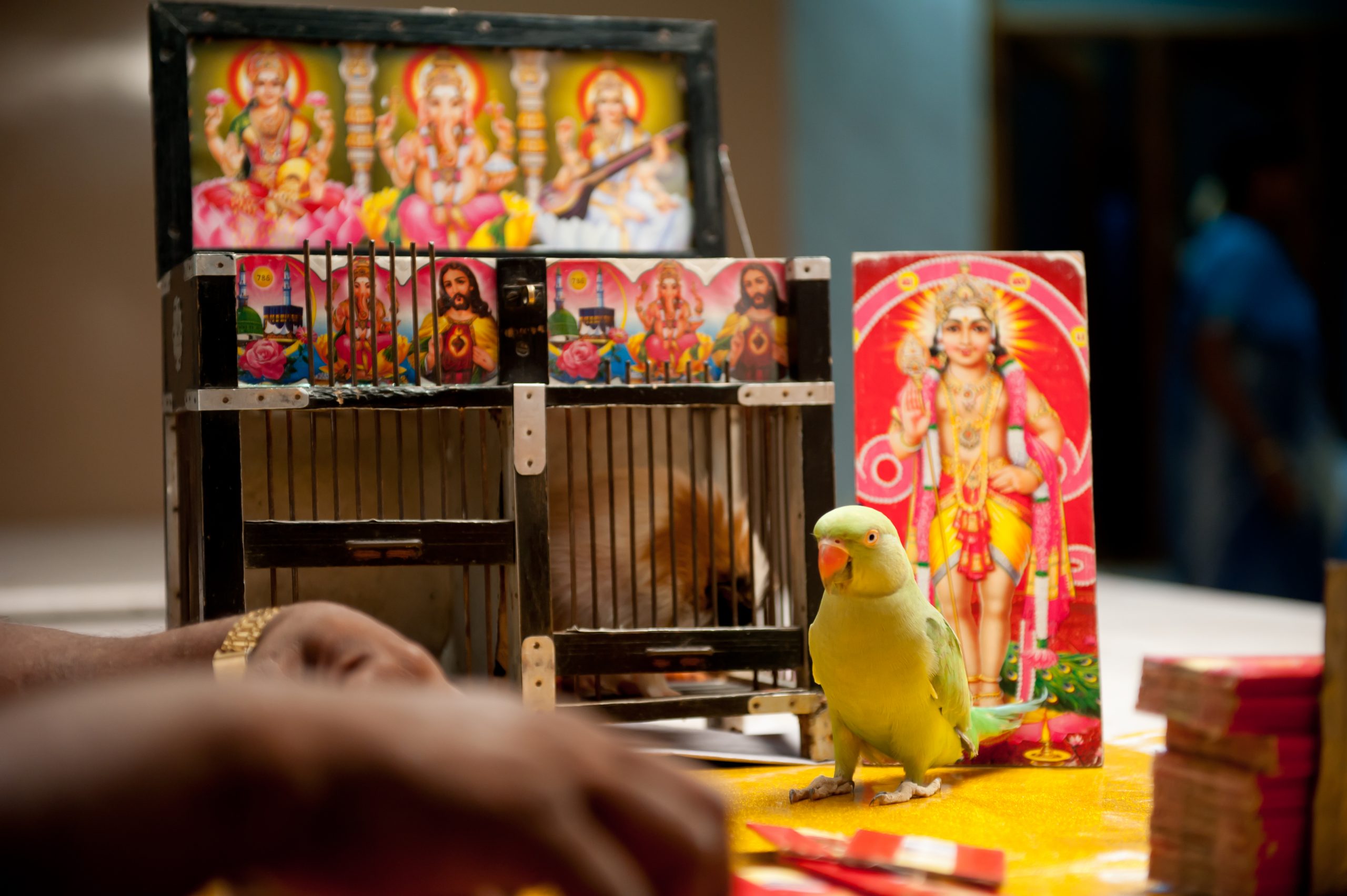 In Meira Chand’s 2010 novel A Different Sky, we come across a scene featuring a parrot astrologer. Parrot astrology is an ancient Indian tradition, and these fortune tellers use green parakeets which pick a “lucky card” that is then read. They were popular amongst the immigrant Indian community in early Singapore.

“When a customer stopped, Subramanium at once picked up a pack of dog-eared cards depicting Indian deities and opened the cage for a parrot to emerge. Strutting about in an ungainly dance the creature cocked its head flirtatiously whenever a fortune had to be told. Subramanium fanned out the cards on the tabletop and the bird dipped its head to choose one, picking it up in its beak.”

5) The Singapore Racecourse used to be a popular attraction in pre-independence Singapore. 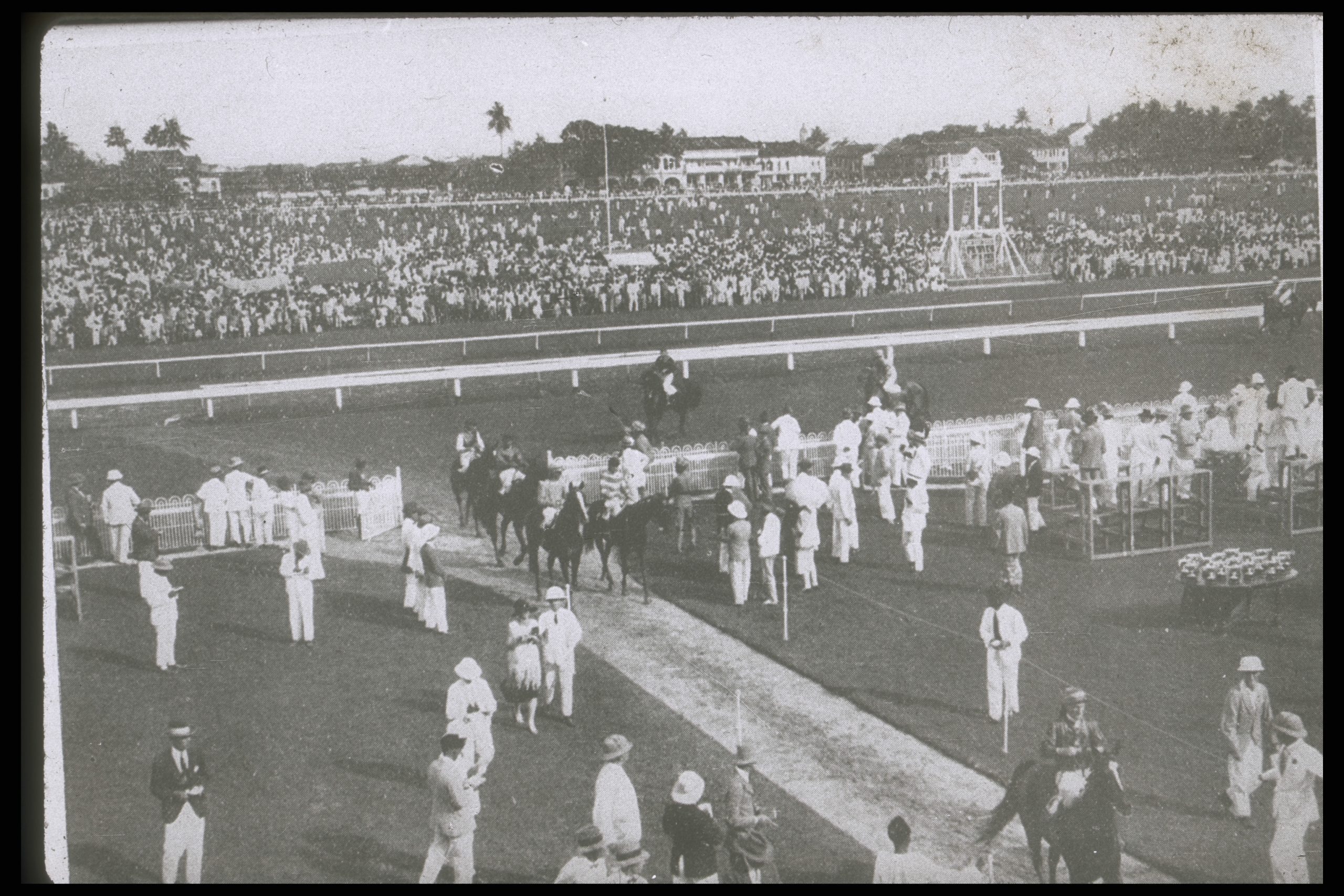 From the historical accounts in Travellers’ Tales of Old Singapore (1934), J. Douglas Graham’s diary entry, “The Daily Double” notes how the Singapore Racecourse used to be popular among tourists. There, “Betting was done on the tote on a 4 dollar unit basis and there were 24,000 members.”

Today the racecourse is situated at the Turf Club, and its former location at Bukit Timah has now been developed into The Grandstand, a lifestyle destination.

6) We get to imagine Singapore Botanic Gardens during World War II where survivors created brandy from tapioca!

Another interesting excerpt is from anthropologist Nigel Barley’s novel The Devil’s Garden, a work of historical fiction in which he imagines the Singapore Botanic Gardens during World War II as a “self-supporting country estate”.

“Tapioca, it had been discovered, fermented and distilled, yielded a brandy that revived the dead and almost killed the living and a steady trickle was coaxed from an apparatus housed in a lesser potting shed to raise the morale of administrative staff and soothe the semi-alcoholism of expats.”

7) We are a country that loves to spend weekends in the Changi Airport to eat, shop and play.

Ng Seow Hwee’s short story “Ramblings of a Trolley Uncle”, published in the anthology In Transit (2016), contemplates how one can buy just about anything from Changi Airport.

8) At Sentosa’s Fort Siloso, machine gun pillboxes pointed South but Singapore was invaded from the North.

Neil Humphreys’ Final Notes from a Great Island (2006) describes the military installations as well as his late uncle Johnny’s wish to visit Sentosa after his time there as a British WWII veteran.

9) Change Alley used to be a bustling market selling all kinds of necessities. Change Alley, 1989. Ministry of Information and the Arts Collection, courtesy of National Archives of Singapore

In R. N. Walling’s 1931 travel story “An Eastern Petticoat Lane”, Change Alley is likened to an Eastern version of London’s Petticoat Lane Market: it was a “dense crowd of Jews, Arabs, Chinese, Japanese, and Indians, bartering and selling in an atmosphere cool in comparison to the tar-macadam roads outside but delightfully stuffy, smelly, and dirty”, yet “invigorating and faintly exciting”.

In Chew Yi Wei’s 2018 essay, “Two Harbours”, we are brought back to the early days of Esplanade almost ten years ago. The author describes walking along the promenade after a performance, and looking over at the upcoming Marina Bay Sands which had just presented The Lion King musical and other international best-sellers.

Fast forward to 2022: the Esplanade – Theatres by the Bay is celebrating its 20th anniversary, with a year-long celebration and initiatives to become even more inclusive as an arts centre for everyone. Look out for celebrations of popular local music, specially commissioned new works by Singapore and Asian artists, and the opening of Singtel Waterfront Theatre, the Esplanade’s newest venue! 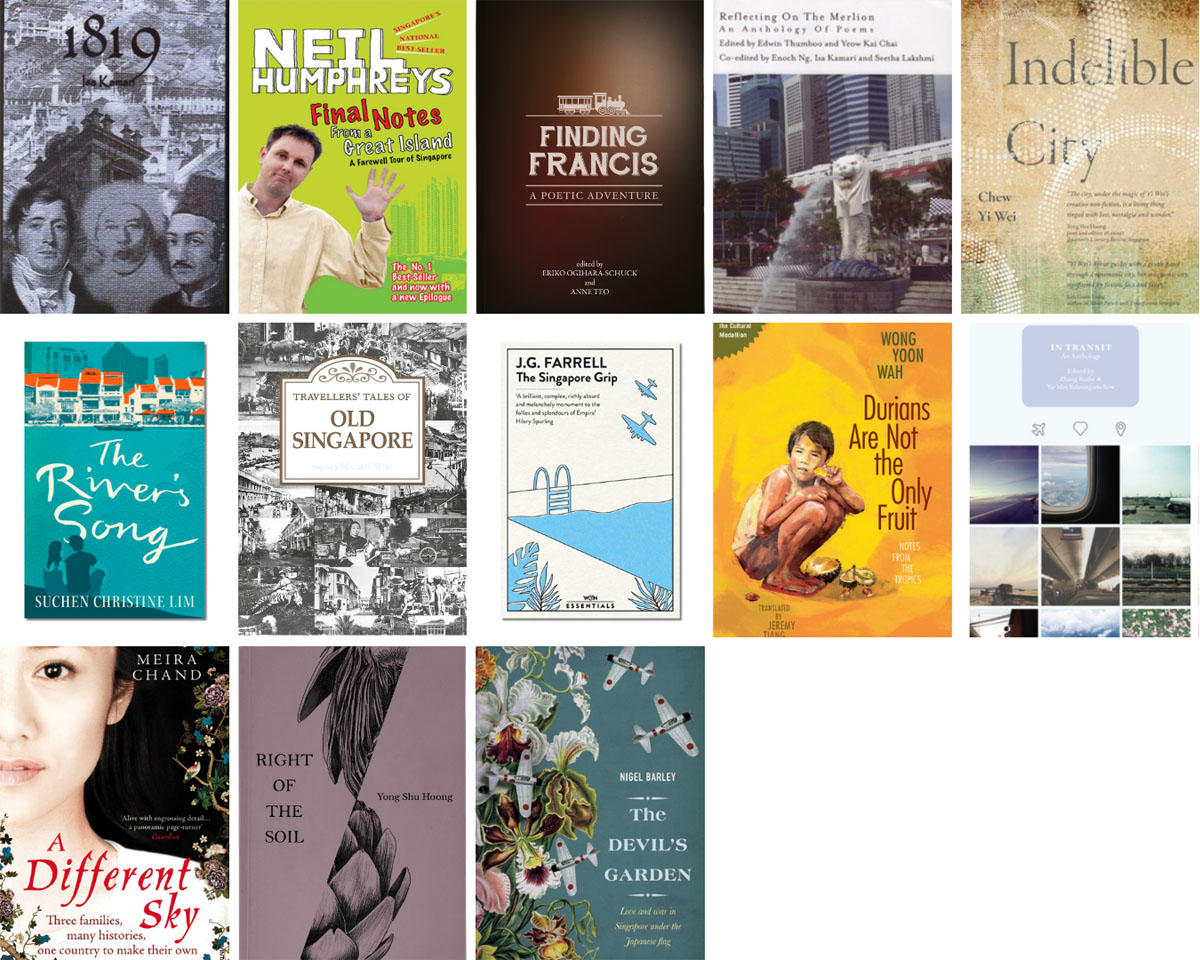 Throughout the process of searching for and finding these various writings, whether fiction or non-fiction, we were compelled to relive the experiences of the authors and discover surprising facts about Singapore’s past.

Join us on these Book Trips, and rediscover Singapore’s past and present attractions in Singapore through the eyes of local writers. 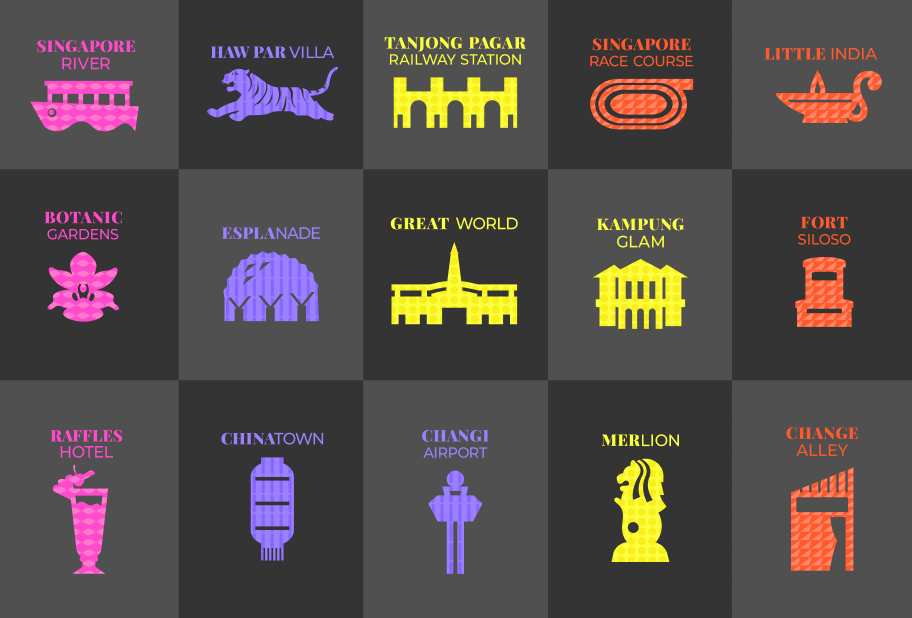 BOOK TRIPS by Tusitala
A programme of the Singapore HeritageFest 2022
2 – 29 May 2022
https://booktrips.tusitalabooks.com

About Tusitala
Tusitala is a digital storytelling studio that reimagines the future of reading where tech meets art. We use our expertise in technology, user experience, and design to transcend the traditional boundaries of print and digital.

About Singapore HeritageFest
The Singapore HeritageFest (SHF) is the National Heritage Board’s signature annual outreach event that celebrates the many facets of Singapore’s diverse heritage and culture. SHF works with individuals, groups and communities to co-create programmes and offerings. This allows the festival to uncover lesser-known stories and narratives, engender a greater sense of ownership, and empower Singaporeans to safeguard and promote our shared heritage. The inaugural edition of SHF was staged in 2004, and since then, the festival has continued to provide on-site and online experiences with yearly themes that focus on different aspects of Singapore’s heritage.