Behind The Scenes of “Nightjar”

On March 26, 2021 in Art and Design, Illustration, Life, Poetry, Technology 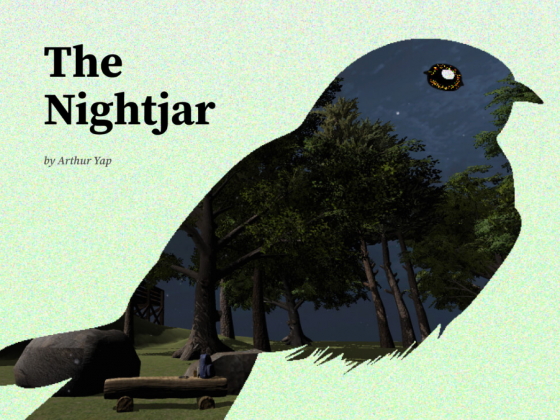 Conceptualising Arthur Yap’s “Nightjar”, the fourth in the little red comma 6-part series was one of our most enjoyable yet challenging creations.

Why did we decide to use a 3D virtual interactive environment and what were the difficulties we encountered along the way?

Firstly, we started out with a few criteria when deciding how the space would look. It had to be factually accurate as a nightjar habitat in Singapore, include enough variety for visual interest, and it had to be something we could feasibly create within the time constraints using Unity.

Most of the art for the other little red comma websites were created by freelance illustrators we engaged, but for ‘Nightjar’ our UI and UX designer Amirah gamely took up the task.

The design went through several changes. For a start, we initially proposed a camping ground, but our partners suggested that the setting should be more neutral to fit the poem’s ambiguity and not detract from its focus.

We also made the space too large at first, then realised that its size affected what points of interest a user would see and easily interact with.

Composition was key, too: what scene should a user first encounter?

How might we frame the environment in a way that balances the opposing needs for ambiguity and enticing visuals? And, a more technical question: how could we ensure that the user’s field of vision looked fine on both desktop and mobile devices?

After working through these issues, the next challenge was of deciding on the placement and presentation of the poem’s text. 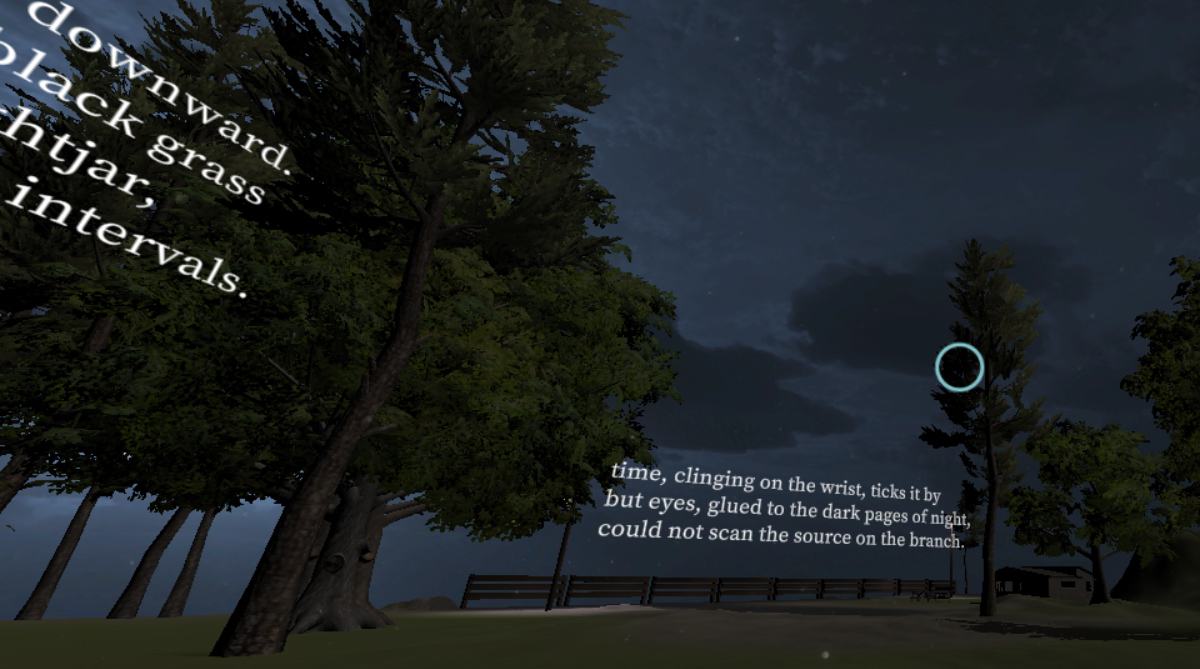 We wanted to recreate the experience of looking for a bird, so the poem was split into stanzas based on natural breaks in the audio reading (by the poet himself), and distributed across the virtual space to prompt readers to look around.

Multiple adjustments to the position of words on the page were needed though, to optimise readability.

That’s something necessary in every project — minimising any tradeoffs between aesthetics and functionality in our designs.

If you haven’t already seen our adaptation of Arthur Yap’s ‘Nightjar’, click here for a look at how it turned out! 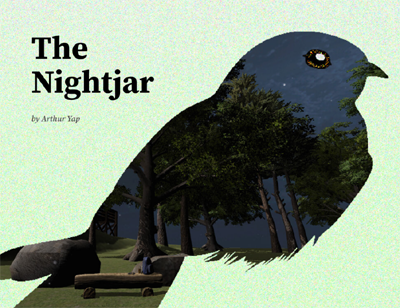 A poem about encountering the insistent call of the nightjar in the urban jungle. > READ IT NOW