On March 17, 2021 in Art and Design, Illustration, Life, Poetry, Technology 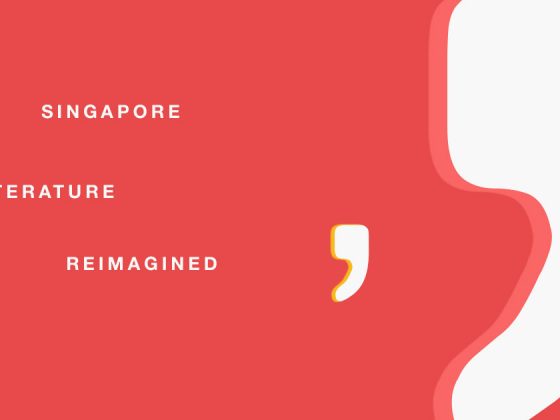 Titled little red comma, the project saw a new poem released every fortnight and presented by our partner Esplanade – Theatres on the Bay via its Offstage website. As part of the #SGCultureAnywhere campaign, the main goal of the project was to engage with readers online through digital offerings that can be experienced and enjoyed, anytime and anywhere.

Beginnings / How it all started

COVID-19 was an incredible catalyst for digitalisation across wide-ranging industries and sectors. There simply wasn’t a choice. The arts community too was hit hard financially, and the crisis spurred efforts to have artists leverage technology and digital media and make their works more accessible to audiences online. There was an impetus to try new things – and that was where Tusitala could step in.

When the National Arts Council commissioned Tusitala to create a series of digital literary adaptations, our shared intent was to support local freelancers in these unusual times, encourage discovery of Singapore’s literature, and ultimately tell a good story digitally. Crisis notwithstanding, the circumstances driving audiences online were also an opportunity

We had long discussions with NAC and Esplanade about the overall concept behind little red comma. Ebooks aside, digital mediums are fairly new to the literary arts scene: what might that look like? Which works should we adapt? As always, there was the challenge of conveying our creative vision and getting everyone on the same page.

We eventually decided on a few non-negotiables. First, that the series would include both poetry and prose, as well as a variety of presentation formats. The entire project was a bit of an experiment after all; we wanted to get a better feel for how to adapt different types of works and for what readers were more interested in.

The second thing we agreed on was that ensuring adequate representation was important. Each of the major language communities in Singapore has rich literary traditions that the average English-speaking reader might not be able to access, and this project was a chance to offer the public small tastes of these through translated Chinese, Malay and Tamil literature.

The making of little red comma 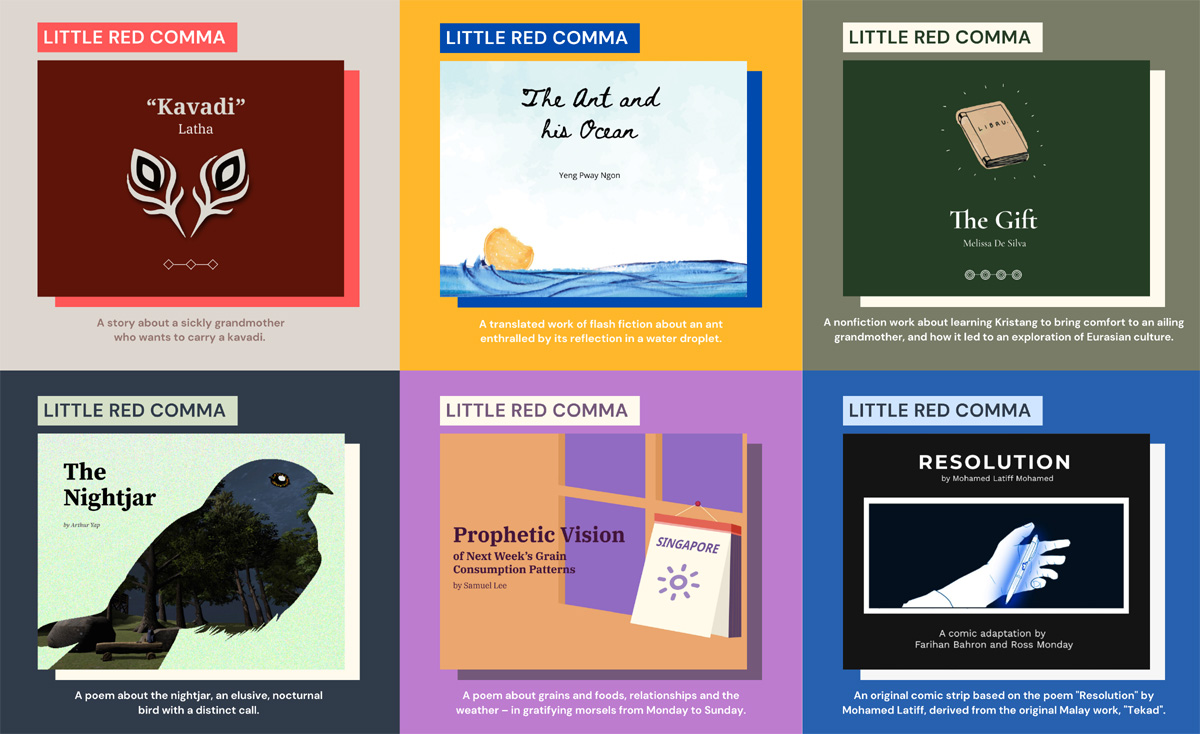 The team had to select six original poetry and short stories by significant Singaporean writers. With the stories originally written in languages other than English, our first challenge was to work on finding Chinese, Malay or Indian works that were already translated into English – the pool to select from was small.

In the process of adapting each of the six works, we opted to represent the themes and mood in each story uniquely, and tried to convey those through completely different concepts and visual designs, but this also meant that each adaptation was not simply copy-and-paste.

We discovered that some literary works lend themselves more easily to browser-based digital adaptation than others. For example, with “The Ant and his Ocean” by the late Yeng Pway Ngon, the plot involves seeing the world from a human and then an ant’s perspective; this lends itself naturally to the idea of zooming in and out on a screen. The story itself is a quiet contemplation of the human psyche and its self-preoccupations by a prolific writer who has made many contributions to Singapore’s Chinese literary scene. We then learnt that adapting prose was also very different from adapting poetry. Poems don’t usually have a plot, tend to rely more on symbolism than short stories, and also typically involve fewer words. We had to find non-linear to conceptualise them visually.

For example, Samuel Lee’s poem “Prophetic Vision of Next Week’s Grain Consumption Patterns”, the idea was to juxtapose a sense of relative security (and perhaps complacency) with the reality of dangers caused by climate change, by contrasting the foreground of the home kitchen with the background of the outside world. 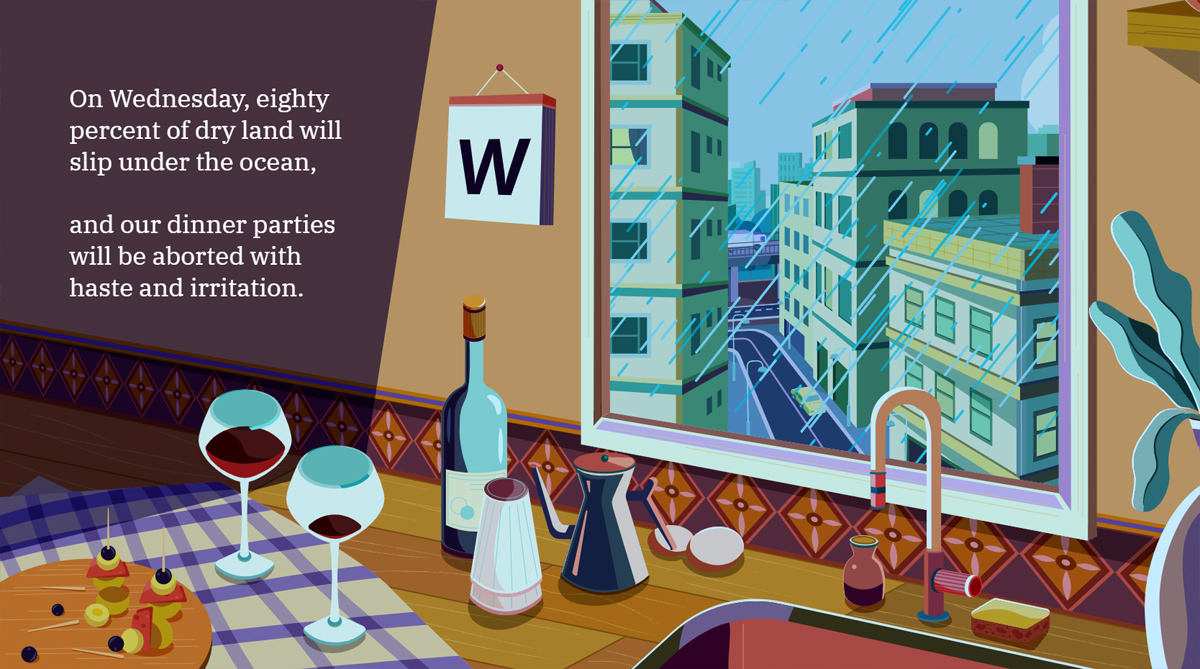 In Melissa de Silva’s “The Gift”, our concept focused on the narrator’s own language learning experience and rediscovery of her Eurasian heritage and conveyed this through interactive flashcards of Kristang words and phrases. 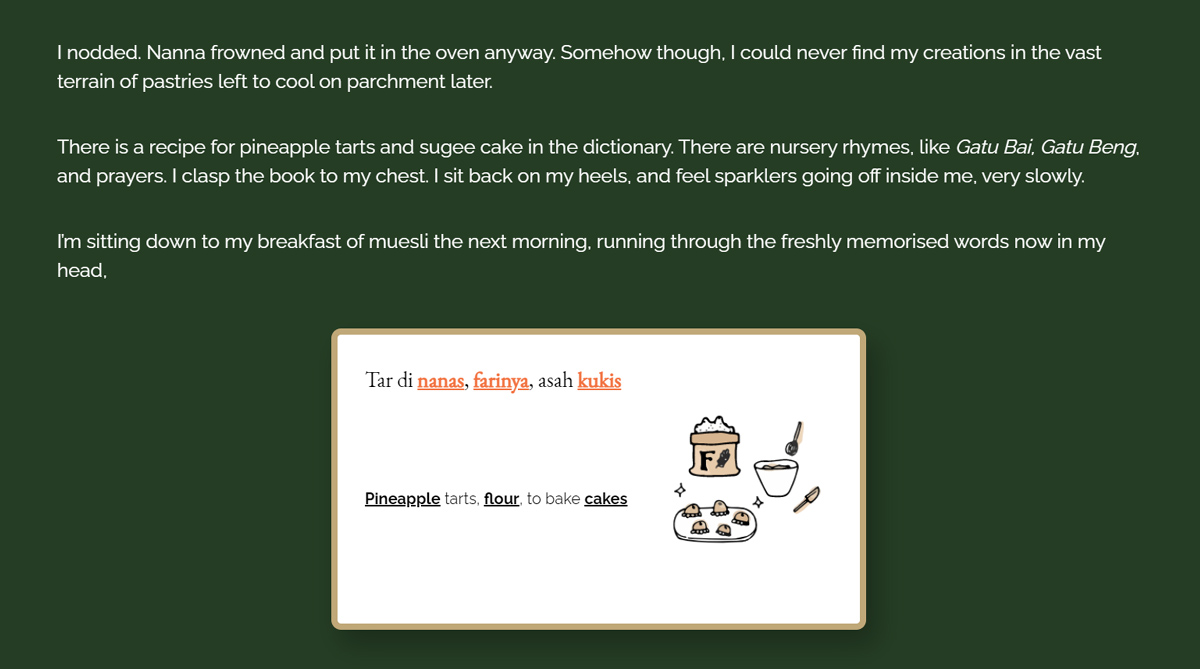 One question we’ve been asked is which of the six adaptations we liked working on best. Arthur Yap’s “Nightjar” would be it, perhaps because it was also the most difficult.

Though we had worked with 360 images in an earlier project (Sorta Scary Singapore Stories), it was our first time conceptualising and creating an interactive 3D virtual environment for a commissioned project.

Having users navigate a virtual space might feel commonplace now, but a lot of thought actually goes into its creation. 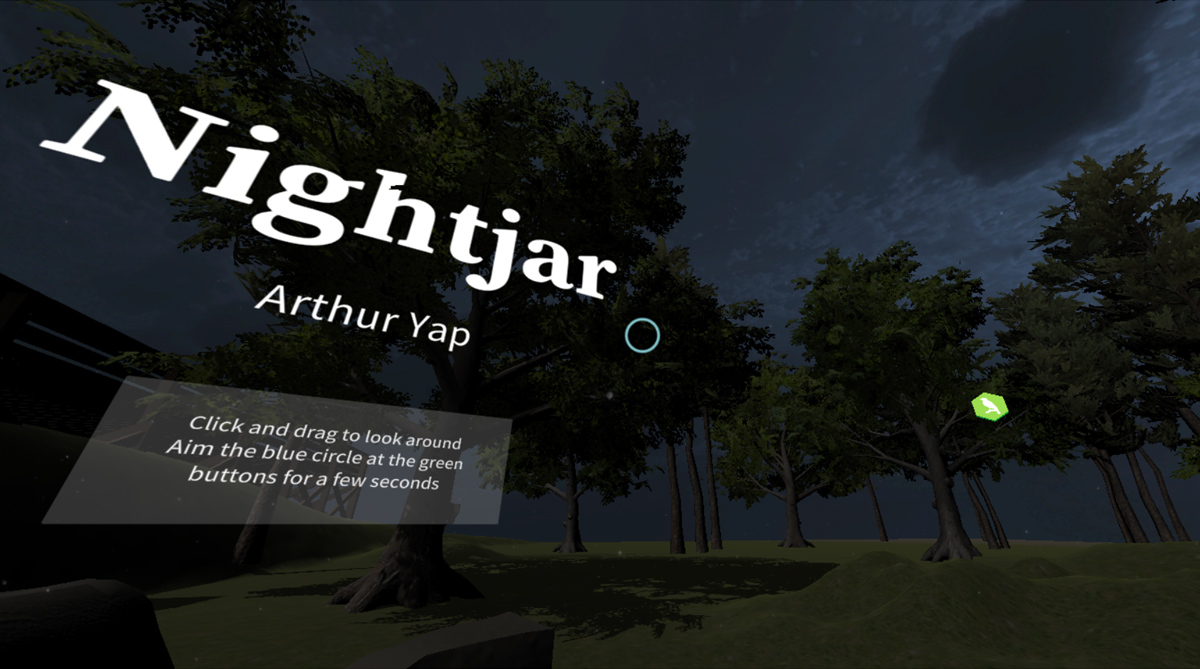 We really enjoyed working on all six of the little red comma adaptations. It was an incredibly busy period, and more time for selecting works to adapt would have been ideal. But working through the challenges of each project helped strengthen our team’s capabilities in creative producing, design, and web development, and we’re grateful for this learning opportunity.

It was also a pleasure to work with Artwave Studio, whose audio production for the various stories made a world of difference.

Whether you are new to Singapore literature or an avid reader of it, we hope you’ll spend a bit of time exploring little red comma and maybe even other writings by the featured authors.

Read the adapted works below: