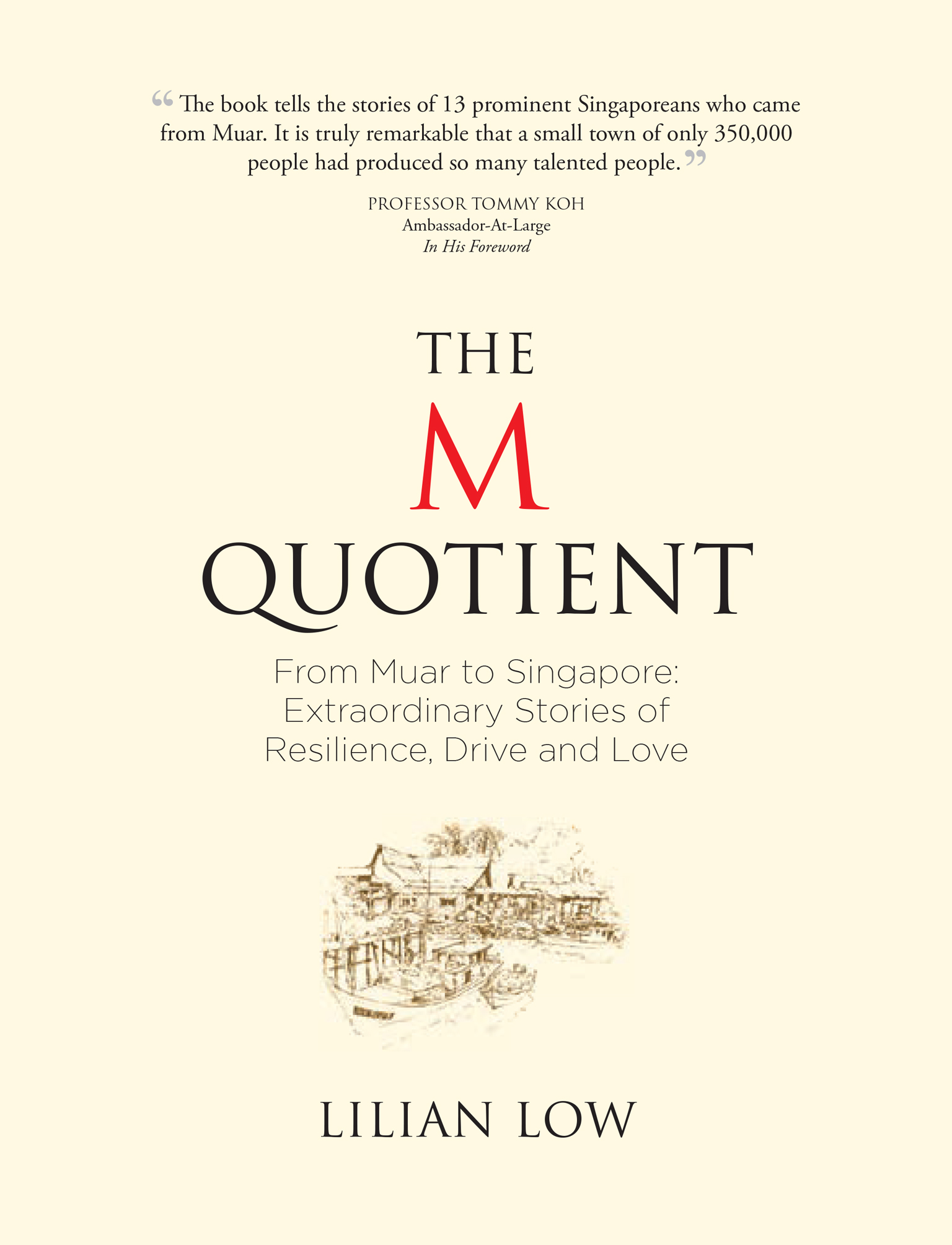 This book celebrates the lives of 13 prominent personalities who had migrated from the small town of Muar in the Malay peninsula to Singapore, where they were able to pursue their dreams and attain prominence. Author Lilian Low, herself a former Muarian, tells the fascinating stories of her fellow Muarians who shared the same unique Muar spirit, culture and values – the M Quotient – that were to serve them well in their later years as they went on to achieve noteworthy success in their chosen fields. Lilian counts herself fortunate to have had the opportunity to meet and talk with each of them and was struck by their graciousness and openness in candidly sharing stories of their humble beginnings and early hardships and struggles. This book, The M Quotient, extols their resilience and perseverance, which saw them through great odds in life. Vignettes of the lesser known aspects of their early lives are woven into each story, all of which aimed at underscoring the Muar-Singapore connectivity in the collective narrative of the book. With her clever use of literary devices for added appeal, the book reveals that the 13 personalities are really ordinary mortals who acted out their dreams and aspirations and became extraordinary.

Lilian Low was born and raised in Muar, Malaysia and studied in the Muar Convent and the Muar High School. She started her career as a pre-university teacher in Johor Bahru and migrated to Singapore in 1976, where she joined the education service. Aside from her school duties, she was a strong advocate of the ‘Odyssey of the Mind’ programme and an associate of the Teachers Network, Ministry of Education. She retired in 2006 as the Vice-Principal of Bukit Panjang Government High School. Post retirement, she was an adjunct assessor for the Public Service Commission, Prime Minister’s Office, Management Associate Programme. Lilian graduated from the University of Malaya with BA Hons (Economics) in 1970 and Diploma in Education in 1971. She is happily married with two grown up children.