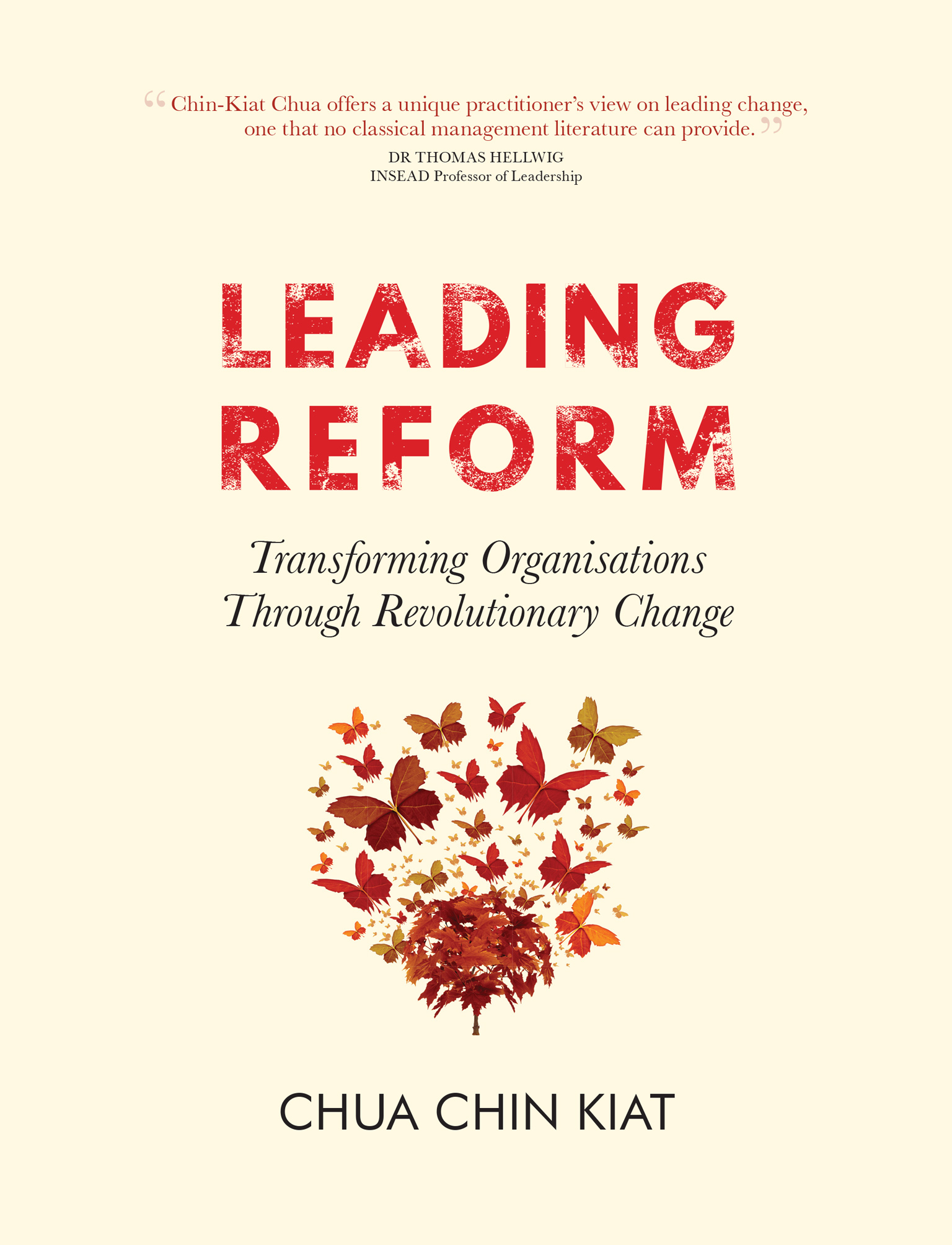 As the prime mover of the prison reform in Singapore that brought down the prison population from more than 18,000 to fewer than 13,000 between 2002 and 2006, author Chua Chin Kiat draws on his experience of transforming the Singapore Prison Service, from an inward-looking custodian of prisoners to an outward-looking “Captain of Lives”. By outlining the pathway of how an organisation can be transformed, he lays down in detail the steps involved and the leadership lessons from leading what is affectionately referred to as the “little local revolution”. He presents the case for transforming the Singapore Civil Service as well as Singapore’s people sector from the ground up, agency by agency, organisation by organisation. The INSEAD case, based on the Singapore Prison story, provides further evidence that the leadership lessons derived are equally applicable to international private sector senior executives. Leaders in the public, people and private sectors will benefit from the step-by-step guide and leadership perspectives of the author in this book, “Leading Reform”.

Chua Chin Kiat is former Director of Singapore Prison Service and former Chairman, Board of Centre for Enabled Living (CEL). Today he serves as board member on several non-profit organisations, including Agency for Integrated Care (AIC). A recipient of the President’s Scholarship and Singapore Armed Forces Overseas Scholarship, he graduated in 1975 with a Bachelor of Science (First Class Honours) from the University of Aston, UK. Chin Kiat received the Public Administrative Medal (Gold) in 2005 and, in 2013, he was on the National Day Honours List, being awarded the Public Service Medal (PBM) for his roles in CEL and the Enabling Masterplan Steering Committee. His first book The Making of Captains of Lives: Prison Reform in Singapore 1999 to 2007 was published in 2012.