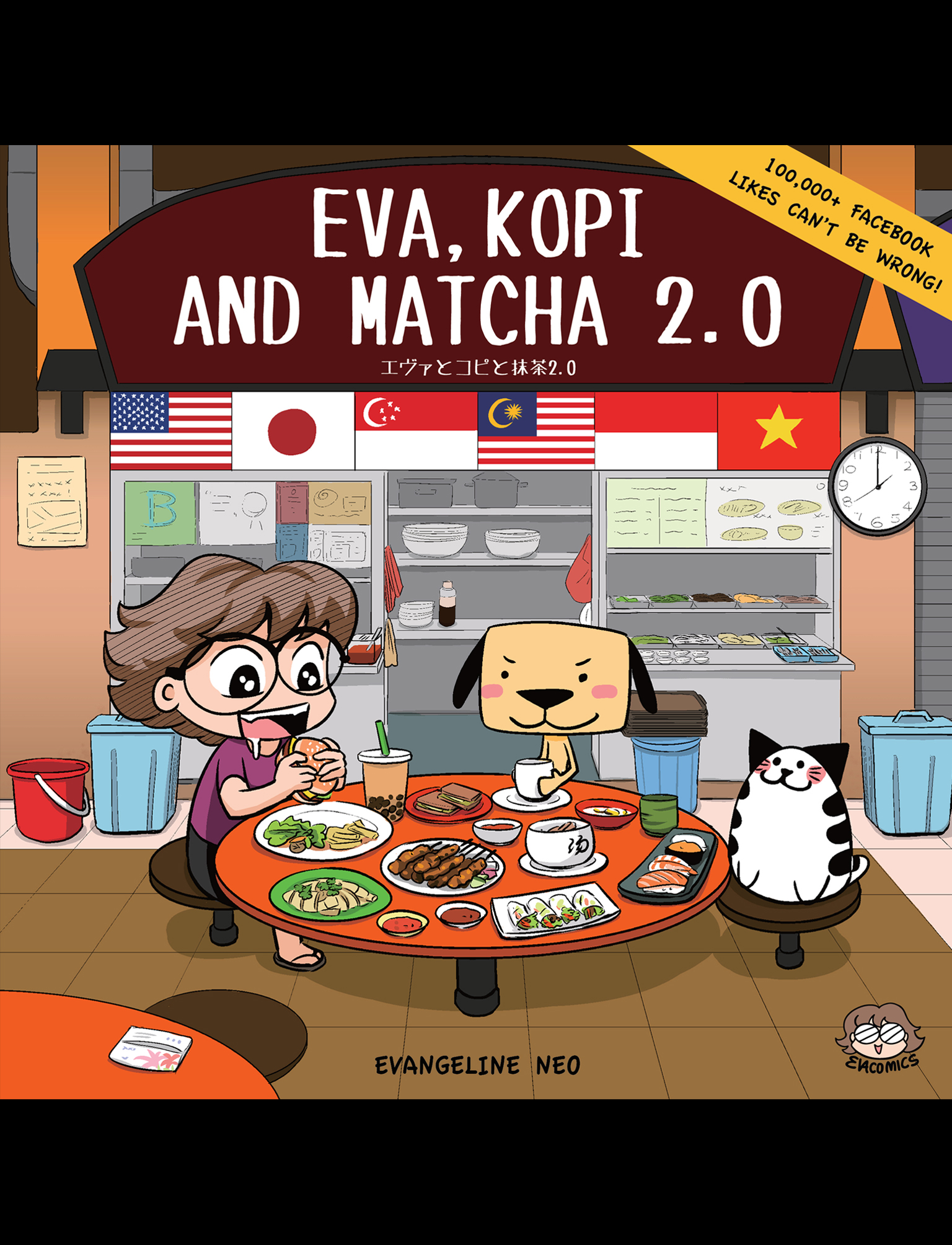 Evangeline Neo’s gallery of cultural differences continues with this follow-up to Eva, Kopi and Matcha. During her studies abroad in the United States and Japan, Eva’s early brushes with how things are in those countries left such an impression on her that she eventually recorded them in webcomics, which featured her imaginary pets: Kopi the dog and Matcha the cat.

In this volume, readers are also regaled with often hilarious anecdotes of life abroad and comparisons between her home country of Singapore and places such as the United States, Vietnam, Indonesia and, of course, Japan. Some of her earlier works are also included here. Through her art and accounts, one realises that humour might be the best cushion for culture shock.

Evangeline Neo is a comic artist from Singapore and had been drawing webcomics since 2007. She graduated from the Academy of Art University (San Francisco) in 2007 and later from the business school at Waseda University (Tokyo) in 2013. Her first book, "Eva, Kopi and Matcha", contains satirical comic strips about cultural differences between Japan and Singapore. She currently continues to update new comic strips on her Facebook page (Evacomics) and blog every Monday. She enjoys practicing yoga when not drawing.