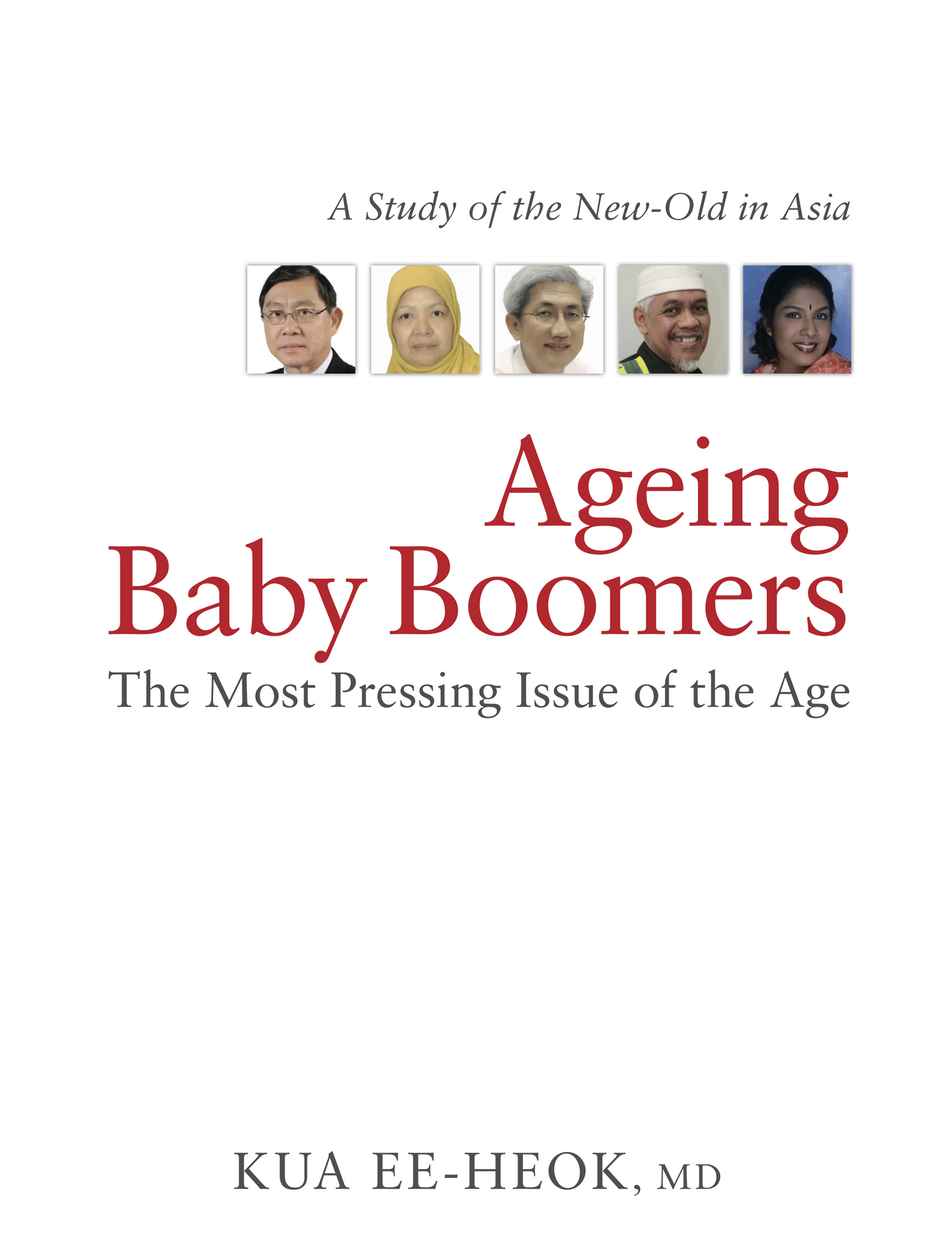 The baby boomers have come of age – the first cohort born in 1946 is now 65 years old. The pervasive themes in this book are mental resilience, the ethical mind and life satisfaction. What factors influenced and determined the lives of 40 young lads from a small Malaysian town who were from the same school in 1964? Their experiences and life stories are juxtaposed with another group of baby boomers in Singapore. This book is, in essence, a quantitative and qualitative study of their collective experiences.There are many books on gerontology in the libraries and bookshops, but they are all written from the British or American perspective. Ageing Baby Boomers is written from an Asian perspective, viewed through the lens of time by a doctor who has lived and worked on both sides of the Causeway. Professor Kua Ee-Heok hopes it will ignite interest, like the yeast for the unleavened bread; its effervescence will give rise to new ideas in addressing the most pressing issue of the age – the ageing of the baby boomers.

KUA EE-HEOK is a Professor in the Department of Psychological Medicine, National University of Singapore and Senior Consultant Psychiatrist in the National University Hospital, Singapore. He is President of the Pacifi c-Rim College of Psychiatrists and also President of the Gerontological Society, Singapore. Born in Batu Pahat, Malaysia, Professor Kua was educated at the local High School and received his medical training at the University of Malaya. His postgraduate training in psychiatry and geriatric psychiatry was at Oxford University and Harvard University respectively. Now a Singaporean, Professor Kua has won numerous research prizes, including the Sandoz Prize for Gerontological Research (Switzerland) in 1990. For his thesis on dementia in elderly Chinese, the National University of Singapore awarded him the Doctorate of Medicine in 1991. Professor Kua has published over 200 research papers on dementia, depression and addiction, and has written 21 books on psychiatry, ageing and stress. He was editor of the Singapore Medical Journal (1997-2000) and editor of the Asia-Pacific Psychiatry journal (2008-2011).