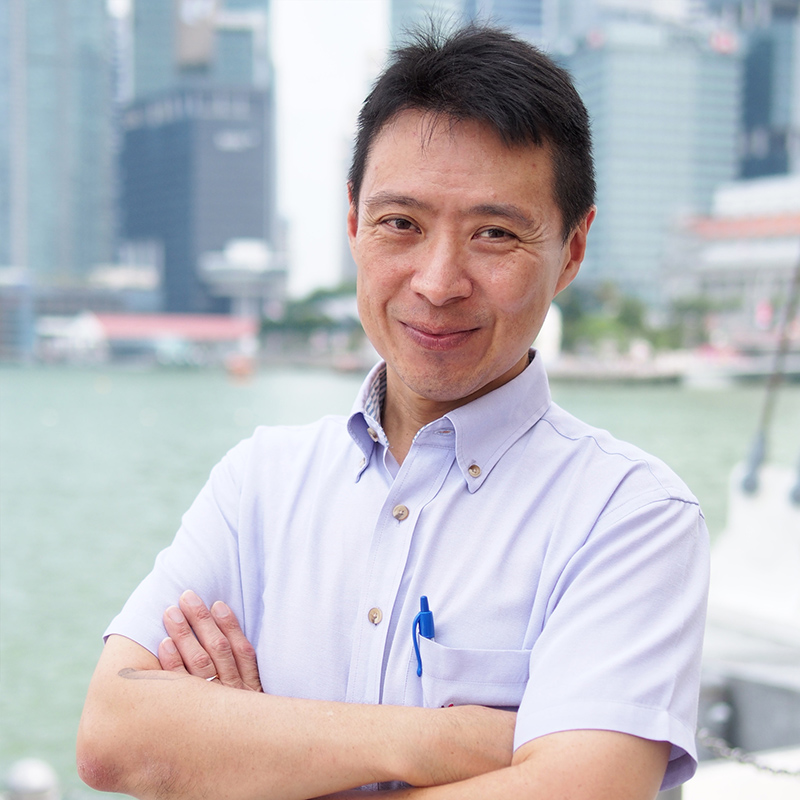 Your bag is one of our biggest thus far! We’re intrigued! Tell us the story behind your bag.

Since 2010, I’ve lugged around a trolley bag, partly because I have too many items (my teaching stuff, my yoga gear, water bottles, passes, thumb drives etc) , partly because my backpack used to give me shoulder ache. This is my third trolley bag to have survived the rough and tumble of being dragged around by me!

A lot of your writing is a commentary on the everyday experiences of Singaporeans. What would you say is the most Singaporean item in your bag? Why?

Probably the red planner, since it’s very Singaporean to plan weeks and months ahead for a rainy day (and I’m prepared for that too – see the worn-out umbrella?)

Similarly, if you had to represent all of Singapore in a few things to be put into a bag, what would they be? What would the bag look like?

I’d include a thick, badass-looking marker (to delineate OB markers so you know where the government doesn’t want you to tread) and a foldable selfie standee (for days when you have to queue for a Hello Kitty toy but have to run errands elsewhere). The bag should be a tote bag foldable into a tissue-pack-size that says “Chope!”. 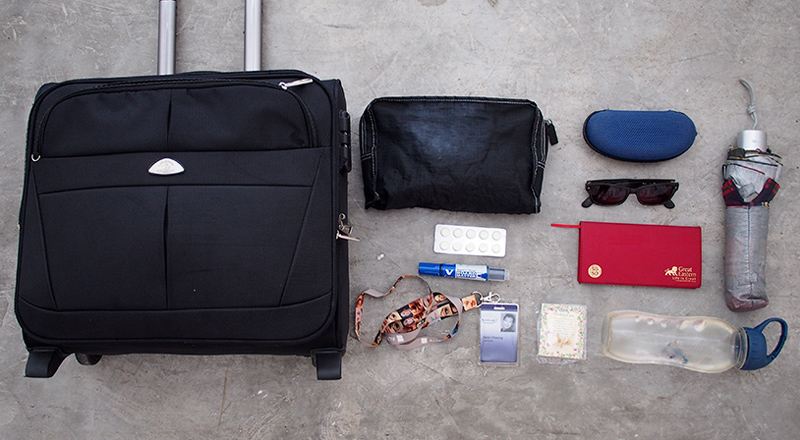 You use a lot of satire in your writing. Would you say that holding a mirror to society (and thereby its follies and triumphs and marginalised) is your main artistic intention?

That’s the job of a satirist, to turn the mirror to the reader and invite him to admire (or spit) at his own reflection. Provided, of course, that he recognises himself in it!

What are your thoughts on the state of the literary scene in Singapore? How do you think it could develop and integrate?

It’s never been better! There’re newer writers, fresher ideas, more published works. But it remains to be seen how long some of them can sustain their writing trajectory. I’ve met, known and mentored many young writers who get high on a poem, short story or book published, then get hijacked by life, career and everything else in-between. Writing, alas, becomes a footnote to their busy lives. The scene can’t be sustained by touch-and-disappear writers.

What’s next on the cards for you?

After publishing two books last year (Singapore Siu Dai and Singapore Siu Dai 2), my brain is taking a break from itself. The world has heard enough from me for the time being! So, until the next kick comes in, I’m content to be a creative zombie.

Felix Cheong is a Singaporean writer who is committed to reading and writing local. He has written ten books, his most recent publication being Singapore Siu Dai 2 – a collection of humorous, satirical stories about all things Singaporean. In 2000, Cheong won the National Arts Council’s Young Artist of the Year Award for Literature, he has been nominated for the Singapore Literature Prize and his short story ‘Vanishing Point’ was long-listed for the Frank O’Connor Award in 2013. Accolades aside, Cheong also works closely with aspiring writers through mentorships and the courses he teaches.